THE ART OF PEACE

This year we honor Professor Johan Galtung that through his career spanning 70 years became recognised as the father of modern peace studies. He has authored and co-authored more than 1,600 articles and over 160 books related to peace studies. He has served as a professor for peace studies at universities all over the world and taught thousands of individuals and motivated them to dedicate their lives to the promotion of peace and the satisfaction of basic human needs.

He mediated in more than 150 conflicts among nations, religions, local communities and civil society, e.g. between North and South Korea and Israel/Palestine, in the Gulf region and former Yugoslavia.

Born in 1930 in Oslo, Norway, Galtung became a mathematician, sociologist, political scientist and the founder of the discipline of peace studies. He founded the International Peace Research Institute, Oslo (1959), the world’s first academic research center focused on peace studies and the influential Journal of Peace Research (1964). He helped found dozens of peace centers around the world and (2000) the world´s first online Peace Studies University (TRANSCEND). As a testimony to his legacy, peace studies are now taught and researched at universities across the globe and contribute to peacemaking efforts in conflicts around the world.

He was jailed in Norway for six months at age 24 as a Conscientious Objector to serving in the military, after having done 12 months of civilian service, the same time as those doing military service. He agreed to serve an extra 6 months if he could work for peace, but that was refused. In jail he wrote his first book, Gandhi’s Political Ethics, together with his mentor, Arne Naess.

As a recipient of over a dozen honorary doctorates and professorships and many other distinctions, including a Right Livelihood Award (also known as Alternative Nobel Peace Prize), Johan Galtung remains committed to the study and promotion of peace.

Presented by the Peace 2000 Institute in cooperation with the Mirpuri Foundation, the Leif Eiriksson Peace Award is named after Leifr Eiriksson, son of Iceland, discoverer of Vinland – the American continent in the year 1000. On the same year, the Vikings of Iceland agreed to solve their differences on religion peacefully and lay down their arms at the Althing. This became the cornerstone of a culture of peace that has lasted ever since. While violent wars plagued the world, Icelanders became the only nation in the world to never carry weapons.

The Leif Eiriksson Peace Award is presented to those people around the world who today carry on this culture of peace.  It was first presented in 2001 to Gabriel Wolff, a young Israeli soldier who was imprisoned for bravely resisting to hold a gun against his fellow citizens. Another recipient was US Congresswoman Barbara Lee after she became an army of one for peace and alone out of 431 House members and 100 senators opposed granting President Bush authorization to use the force of war prior to the Iraq invasion. 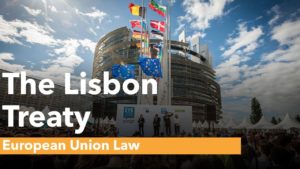